Jorge Abizanda
Updated: 09/16/2020 00: 42h
save
As if time had stopped on the shores of one of the Madrid exits, bordering the Barcelona road (Nacional-II), Ciudad Pegaso preserves the image of a popular neighborhood that has accompanied it for more than six decades. However, in the colony built in 1956 to house the employees of Enasa (Empresa Nacional de Autocamiones S.A.) tranquility reigns and goals are no longer sung here. The ball stopped running years ago and only the most veteran neighbors have the memory of that mythical field in which the children of the workers trained when they left school dreaming of one day reaching the elite. Located at the top of a small hill where the sun gave a special shine to the shirts, the stadium of the Ciudad Deportiva Pegaso became for decades the home of the historic CD Pegaso team founded in 1962 in the shelter of the trucking company. As with the warehouses where engines and tires were accumulating, the crisis also ended up taking away a group that ended up moving to give its last heartbeats in the municipality of Tres Cantos before its definitive disappearance, in 2010. A club with charm and pull in Madrid football that helped in the formation of such recognizable figures in this sport as Quique Sánchez Flores, Juan Sabas, Alfredo Santaelena, Carlos Cuéllar, José Antonio García Calvo, José Miguel Ramis or Jaime Mata (Getafe) and that this season he will return to competition. A history that is back a decade later. 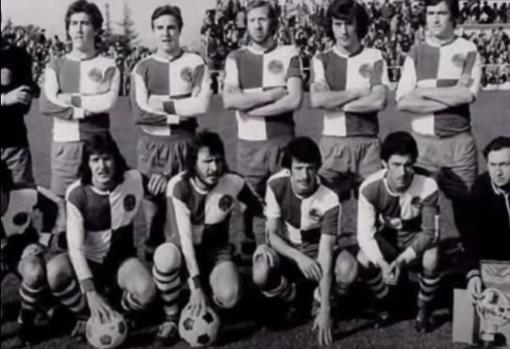 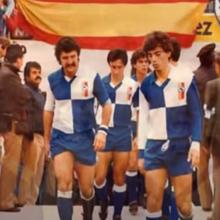 Quique Sánchez, a The right A worker for 36 years in the truck factory, the father of Alfredo Santaelena accompanied every afternoon to train a boy who with his goals ended up giving a Copa del Rey to Atlético de Madrid and another to Deportivo. The spectacular grass of the Ciudad Deportiva del Pegaso remained forever in the memory of a player who knew few mats like that throughout his career. “When the German team came to the World Cup in Spain 82 it was the first field where they trained as soon as they left the hotel. The next day, they were taken to the old Ciudad Deportiva del Madrid and said no, that they wanted to go back to the field the first day. I'm talking about footballers like Breitner, Briegel, Rummenigge … But that field in Pegado was incredible, "recalled the former midfielder in an interview. Five seasons in Second B on that grass that grew in the district de San Blas the CD Pegaso became a classic of the Madrid Third Division although it came to celebrate two promotions to Second B a category in which he fought five seasons between the 80s and 90s. After the golden age, problems and leaks began to appear that ended up fatally injuring a team that drew attention for its blue and white harlequin shirt. 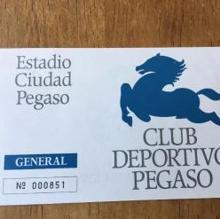 Entrance of the Pegaso The team enjoyed that wonderful Stadium Ciudad Pegaso which became training ground for the Spanish team until 1990, when the club definitely broke from its roots. The debts forced a pilgrimage through neighborhoods such as Moratalaz and through different towns near the capital such as Ciempozuelos or Tres Cantos where he ended up stripped of his past identity. Name changes (SAD Pegaso Tres Cantos and Galactic Pegaso) were the prelude to the disappearance, in 2010, in the midst of ruin. In its last years, the club was penalized by the scourge of a global economic crisis that severely affected the Palencia family who kept the project afloat with much effort and sacrifice for more than a decade. After his departure, what was left of the Pegaso ended up becoming the first managed by the Internet through its partners and the experiment ended in death. 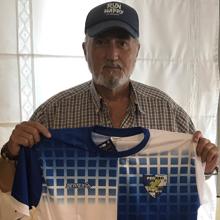 Manuel ParraEl Pegaso It now resurfaces under the name of Club Deportivo Pegaso Balompié Tres Cantos. It comes back to life this season through a new entity that has bet to recover that catchy name that sounded so much in the morning of the Sunday carousels of Madrid football. Tres Cantos his last home, will once again be his home to start in the Third Regional, the lowest category of football in the Community. "The main objective will be to train players, respecting and promoting the main values ​​of sport," states the entity's website that is chaired by Manuel Parra a figure linked to soccer for years in Tres Cantos. technician, Parra presided over the Tres Cantos Football Club for more than two decades until he left two years ago. «We spoke with the Palencia family and they authorized us to use the old Pegaso shield, in which we have made some small modifications. The idea excited them, ”Parra explains to ABC about a project that is encountering unexpected obstacles. At the moment, the training sessions have been transferred to neighboring Colmenar due to the lack of municipal facilities in Tres Cantos. The heir to CD Pegaso asks the City Council for help and collaboration, but for now it has not arrived. "They are not making it easy for us, it is a shame," laments the president in the absence of a field where they can play their games. A club that, according to Parra, is committed to inclusion in football and that has recently signed an agreement of collaboration with Envera –Association of Employees of Iberia Parents of People with Disabilities so that some of its members can participation may act as second coaches, support delegates or utilleros. 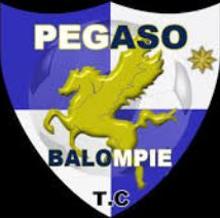 The new shield But, fortunately, not all doors close. «We have the collaboration and support of many players, coaches and managers who, in one way or another, witnessed a CD Pegaso that captivated and contributed to our football in Madrid, so we want to continue doing so, but improving even if possible, the image of those great moments ", they explain from the new club. A history of football in the Autonomous Community that returns to grass, although now it is artificial and not the one in which the old Pegaso Sports Club enjoyed so much. See them
comments